The Evolving Role of the Company Board

“Creating shareholder value” has been a dominant mantra, almost a religion – for the best part of the last 40 years within UK and US corporate governance practice.  Laid out in detail in a book of the same title by the American economist Alfred Rappaport, this idea drew upon the economic philosophy of Milton Friedman who was significant influencer of President Reagan and Prime Minister Thatcher.  It was so gloriously straight forward. The only reason that a company existed was to make its shareholders richer.

The objective was to maximise a combination of dividends and capital growth. All decisions had to be driven by that aim.  Other parties such as customers, staff and suppliers were consigned to subsidiary positions.  Externalities like the environment were acknowledged but not the company’s problem.  Given this a single metric of success it was simple for executives and non-executive directors to make decisions aimed at achieving the sole desired goal.

The theory reflected the notion that shareholders owned the company and that any attempt by corporate boards to spend money on things like charitable or environmental projects or indeed management pay packages that did not directly enrich shareholders was unacceptable. The argument was that if shareholders wanted to invest in good causes, they could do so, directly in their own right using the wealth they had enjoyed from the company’s successful operations.

The very simplicity and monocular focus of shareholder value would be its undoing. The wheels started to come off the bandwagon in the 1990s as the radical students of the 1960s entered boardrooms and council chambers and brought their political views with them.  In businesses, fund management groups and government offices a feeling grew that companies must be more than just profit machines. Corporate boards were expected to take a wider societal view. The CSR and ESG movements are the result.

In politics there tends to be a pattern of the pendulum swinging between the left and right as public opinion first warms to, and then tires of, a particular philosophical approach.  In the case of the role of the corporate board I suspect that no such pendulum motion will occur.  We have moved on from the primacy of the shareholder and boards now must manage a complex multiple stakeholder environment. There is no going back.

As directors we now must manage numerous, and at times conflicting, objectives. We need help in finding the right metrics which will help us define “what good looks like.” And we need ideas about how we should measure and reward success in this complex environment.  This is the challenge for academics, codifying what being a good corporate citizen means in the 2020s in the context of the issues I list below.

1. Shareholders do not own corporations.

A company is not owned by anyone – any more than a person is owned.  Individual citizens have legal and moral obligations and, for the most part, seek to be recognised as responsible and respected members of society.  The corporate board is trying to achieve the same thing for the entity they control.

Some gung-ho fund managers, particularly those who describe themselves as activists, often make the error of calling themselves the “owners” of a company when in fact they are simply the legitimate beneficiaries of the economic value that it creates.  They have, to be sure, a legal right to the dividends and capital gains but not full ownership and control.

The original idea of corporate boards was to create a mechanism to solve the “agency” problem as shareholders had concerns that paid managers may run off with their money.  It is something of an irony that the increased range of corporate stakeholders and the multiple objectives now recognised have created fearsomely complex remuneration structures which have actually led to massively increased management remuneration.  Whilst not fundamentally undermining the mechanisms put in place to solve the agency problem this embarrassing excessive pay phenomenon does demonstrate that the old corporate board structure is not working properly for an evolved society.

How do we explain exactly why a company exists? We need a new definition of corporate status and a better understanding of the role of shareholders as just one of the stakeholder groups.

2. A corporate board is not a representative democracy

For some decades there have been concerns that the senior ranks of large businesses are dominated by middle-aged white men. Study after study has shown that a diverse senior leadership team produces better commercial results. Specific initiatives such as quotas have focused on the makeup of company boards largely because they are highly visible, and their members are subject to some form of election process.

It would be easy to construct a board with a full range of gender and ethnicity, but which was exclusively public school educated, ex investment bankers who had degrees from Oxford. They may look diverse in the board photograph but are likely to have near identical views.

To understand the needs of and serve the interests of any specific stakeholder group does not automatically mean that that stakeholder needs to be represented on the company board. There are too many stakeholders to consider.

Indeed, it would be ironic if the only class of stakeholder who might well refuse a board seat was institutional investors as they would not want to be designated as insiders which would inhibit their ability to buy and sell shares.

How do we construct boards to get the best outcomes? How do we ensure diversity of thought whilst avoiding tokenism and virtue signalling?

3. A company is not an island, it is a corporate citizen

With acknowledgement to John Donne (Hertford, 1583) companies, like people, are now seen as part of a larger social fabric. They interact and have obligations.  An individual may feel the need to express their views on political issues by taking to Twitter, writing to a newspaper or joining an action group.  Should a company do the same?

Should a board adopt an approach which is a total repudiation of the Rappaport doctrine, starting to fund political movements, environmental projects or charitable causes?  And how should leaders think about the conflict this might well create with employees or customers who hold different priorities?

Broadening this out further, we need answers on the extent to which companies should be active outside of their primary purpose, and how we might best judge the success of this type of activity. What are the metrics that define a good corporate citizen? What are the reward structures that align management with corporate purpose?

Company directors of the 2020s need help in working through all of these issues.

Action needs to go further than virtue signalling gestures about the make-up of a board or the statistical breakdown of the background of the executive leadership team. It needs to be about the outcome of desirable corporate behaviour more than simply reporting on the inputs.

Society’s expectations of a company have evolved.  The way boards are made up and the priorities they set need to evolve as well.  An individual who tries to live in the past is simply regarded as an amiable eccentric. A corporation which does the same risks losing customers, staff and governmental goodwill which will almost certainly mean shareholder value goes down rather than up.

We need new measures that are widely accepted, easy to understand and report on.  Something more rounded and socially aware than EPS (Earnings per Share) and TSR (Total Shareholder Return). A new yardstick of corporate performance. This cannot come from any one company alone. And it will not come from regulators.  Creative thoughts welcome.

Roger Parry currently Chairs YouGov plc and Oxford Metrics plc. He has been a company Chairman for two decades. His latest book ‘Anticipating Disruption’ is about the role of boards 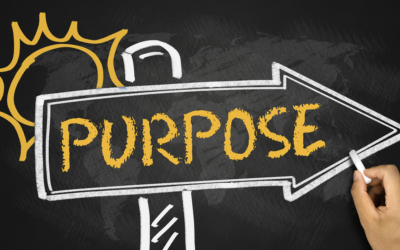 When Organisational Purpose and Identity are One And The Same

Much of the discussion around corporate purpose assumes a separation of ownership and control, and a similar division between identity and purpose. This is unsurprising given the default focus on businesses as corporate bodies, designed around the shareholder model...