Human Rights Responsibilities for Business: How does the Court of Public Opinion Judge Companies?

There is a now a consensus that all businesses have human rights responsibilities. This view comes from the wide acceptance that human beings have rights combined with the power that corporations yield in society.

Business’ precise human rights responsibilities are still being debated. Ethicists are refining views of what businesses should do to respect human rights.  There is a growing body of soft-law initiatives, including the United Nations Guiding Principles, that establish standards of practice and serve as de facto means to govern business conduct.   As these standards evolve, responsible businesses aspire to follow leading norms of practice.

These soft-law initiatives are, however, soft, which means that their enforcement does not occur in formal courts of law.  Instead, as one of the architects of the United Nations Guiding Principles, John Ruggie, famously stated: businesses that failed respect human rights conduct would face the “court of public opinion.”

Answering these questions is key for identifying the possibilities and limitations of relying on reputation as a means to govern human rights conduct. To provide the first answers to these questions, we fielded an original survey of 2,420 American adults. In the survey, we presented people with scenarios that described a business and a human rights abuse.  All scenarios described situations in which either soft-law, leading ethicists, or both, hold that the focal business has been involved in a human rights violation. We randomly changed attributes of the scenarios, allowing us to identify the influence each has on public judgments.

First, we found that the types of abuses described in the scenarios strongly influences how the public judges corporate involvement in human rights violations.  People are most likely to perceive a company as being involved in a human rights violation when the abuse is child labor. This is followed by failure to pay a living wage, discrimination of minorities and contaminating a community’s land. By contrast, the abuses that were least likely to trigger judgments of corporate involvement in human rights violations were the violent repression of protest and the desecration of a sacred site. This result shows substantial distance between the inclusive definitions of rights included in standards and the judgements of the general public.

Second, we found that the relationship between the focal firm and the perpetrator had a large effect on public judgments. The public was most likely to judge a company as involved in a human rights when that abuse was by a the company or it’s subsidiary.  Interestingly, despite years of activists efforts to link companies to their suppliers’ practices, the public was substantially less likely to judge a company negatively when the abuse was carried out by a supplier.  Going even further, when a company was found to be in some way complicit in an abuse, people were even less likely to make negative judgments. This means that despite standards that increasingly expand the scope of business responsibility, the court of public opinion retains a fairly narrow conception of the types of relationships that imply involvement in human rights violations.

Third, public judgments of businesses are somewhat detached from the power that businesses have over others.  This was most immediately clear in the lack of a strong relationship between public judgements and the size and power of the focal firm presented in the scenarios.  The respondents in our survey were only marginally more likely to judge a large and powerful corporation as being involved in a human rights violation compared with one that was described as “small”and just starting out. Thus, the power and influence of the company was not fundamental to popular judgments.

Finally, whether companies undertake due diligence in the face of possible human rights violations had a large impact on public judgments. When a company did not undertake any due diligence, it was more likely to be judged to be involved in a human rights violation.  And the public’s strongest negative reaction was to companies that did detect the possibility of abuse but took no preventive measures.

Overall, our data present a mixed picture around the ability of the court of public opinion to provide consistent incentives for companies to follow leading global standards. Where there are strong alignments, managers can be more sure that their actions to uphold human rights will be congruent with their company’s needs to maintain a positive reputation.  Where there are gaps, business will need to work with other actors to create stronger policy frameworks that level the playing field for companies that do not support human rights.

Matthew Amengual is an Associate Professor in International Business at the Saïd Business School, University of Oxford. His research explores the political economy of promoting economic development that is both equitable and sustainable. His current projects focus on regulating labour standards in global value chains. 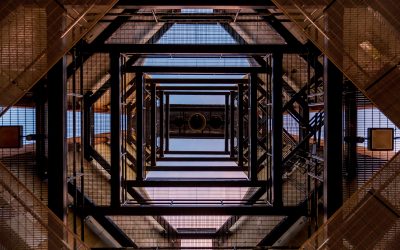 A discussion on this topic will be coming soon. Please check again later.