In my half-century career as a financial investigative journalist, I thought at least this much was true: You need a really good reputation to run a successful fraud.

How could anyone argue with that? Except for the hapless clients of underworld loan sharks and their corporate brethren, sane people would never willingly entrust their financial affairs to untrustworthy people or corrupt organizations, right? They look instead for people who are widely trusted, for organizations with ethical track records. They may be wrong in their judgments about who is trustworthy – we are designed by nature to trust one another, after all, and good fraudsters exploit that brilliantly. And sometimes, people’s trust is well-placed initially but those they trusted go rotten without warning. It happens. But as a general principle, rational people certainly do not deliberately set out to do business with those who are untrustworthy – or so I have long believed.

The modern history of white-collar crime suggests that I was not alone in this belief. For decades, con artists like the historically successful Ponzi schemer Bernie Madoff carefully cultivated a sterling reputation as an indispensable asset in the pursuit of other people’s money. Madoff’s legitimate wholesale brokerage firm had a nearly pristine regulatory record. When almost every Nasdaq dealer on Wall Street was caught fixing prices on trades in 1998, Madoff was conspicuously absent from the long list of defendants. He paid his bills, avoided lawsuits, behaved himself in public, and generally portrayed himself as honest, reliable, and trustworthy. Unsurprisingly, he had a really good reputation, which helped him run his successful long-distance fraud.

The raison d’être for the elaborate searchable databases of broker misdeeds set up by regulators is that potential employers and customers care about the track record, the reputation, of those seeking their jobs or their business. If nobody cares about reputation, why bother? Why spend millions on advertising to repair a damaged reputation, as Wells Fargo has done since 2018, if a good reputation doesn’t really matter to consumers? Why engage crisis communications experts to fight back against falsehoods if the effect of those lies on your reputation simply doesn’t matter?

So clearly, a good reputation seems essential to earning the public’s trust – even if you plan to promptly betray that trust through a massive fraud, as Bernie Madoff did.

Call it the Rule of Reputational Valence.

But lately, I’ve been having second thoughts about all this.

There have always been mystifying exceptions to the rule, after all. Consider General Electric. The corporation and several of its executives were convicted in a massive price-fixing conspiracy in 1961. Since then, it has paid millions to settle regulatory cases over its environmental, accounting, and ethical practices, including a 2010 settlement for allegedly bribing Iraqi officials to get lucrative contracts. Multiple generations of GE executives have presided over a truly remarkable array of unethical and occasionally illegal behavior. Yet the company and its longtime chief executive Jack Welch regularly showed up on lists of “the most admired” companies and executives. I never could figure out how this company’s reputation could remain so shiny despite such a long track record of transgressions. Those who nevertheless admired GE and its celebrity CEO invariably pointed to a history of producing huge profits for shareholders. Apparently, a reputation for making money mattered more for GE – and for a few other Teflon-coated corporations in the “American Century”– than a reputation for being ethical and law-abiding. In defiance of my long-held belief in the importance of a good reputation, people still flocked to do business with, and invest in, General Electric. Go figure, I said.

But these days, it seems to me that the GE phenomenon is the rule, not the exception. Increasingly, profitability and celebrity seem to exert far more influence on corporate reputation than character or conduct does.

On the back of its profit growth and executive star power, Enron captured the imagination and approval of America despite disclosed conflicts of interest and predatory energy trading that ought to have mattered to its reputation. In those dearly missed days before disinformation came to dominate social media, Facebook relied on profits and celebrity to shape and sustain a corporate reputation for brilliance and innovative disruptions of the status quo — despite blind spots that should have been enough to tarnish the company’s façade. And of course, a Manhattan real estate developer with no more than a “reality TV” persona and unverifiable wealth established a sufficiently favorable reputation with enough American voters to propel him into the White House in 2016, despite a track record of documented business failures and unethical conduct.

Worse yet, evidence is growing that there is a tipping point in the accretion of celebrity after which even actual profits don’t matter, at least in the short haul. Examples like Adam Neumann at WeWork, Elizabeth Holmes at Theranos, and Elon Musk at Tesla come to mind.

As Eliot Brown and Maureen Farrell document in The Cult of We: WeWork, Adam Neumann, and the Great Startup Delusion, none of the wealthy investors backing Neumann’s brainchild had any illusions about his personal character and conduct. He behaved outrageously, by any standard. But he generated buzz, he got people excited, he was attractive and articulate and…well, cool. Who needs a good reputation? The pixie dust of celebrity was, for a time, enough to keep “the great startup delusion” in business. It worked because, as Brown and Farrell note in their excellent account, “There was a whole system thirsting to believe in the vision of a messianic and charismatic founder and the profits he could seemingly deliver.”

Investors in the unproven blood testing technology being hawked by Elizabeth Holmes at Theranos were scarcely less gullible, despite their lofty credentials. Her deliberately deepened voice and Steve Jobs wardrobe gave Elizabeth Holmes the kind of glitter in Silicon Valley that exempted her from producing profits, or even a successful prototype of her core product.

Elon Musk exerts a similar cult-like attraction on investors and the media, with outrageous antics that his admirers see as proof of his brilliance, not as cracks in his reputation. He is just one of a growing fraternity of coddled “bad-boy” leaders whose behavior seems to attract, rather than repel, the public.

This is the way we live now, in this media-driven world of charismatic corporate celebrity. And that raises a number of unnerving questions for me.

When celebrity trumps character to the extent it has lately, can we still make a plausible case that a good reputation is essential for running either a successful fraud or a successful business? Can we assume any longer that rational people won’t deliberately set out to do business with untrustworthy people, if doing so gets them a seat at the cool kids’ table? Can a profitable track record or a jet-setting “bad boy” CEO make a corporation’s reputation irrelevant?

I have always felt that corporate reputation flowed naturally from the reality of a company’s life in the world, that a company eventually takes on the character of the human beings who run it and work there. I thought the character of those human beings would be revealed by how they behaved – how they treated other people in their families, in their workplaces, in their communities, in the nations they call home. These are knowable facts, verifiable situations, documentable circumstances. They are, therefore, the most reliable building blocks of a company’s reputation.

But in the cases I’ve cited here, and the many others that better scholars than I could produce, the character and conduct of the corporations’ human leaders simply do not seem to matter to the public as much as the profits they produce and, even in lieu of profits, the edgy, eye-catching publicity they generate. What are we to make of the valence of corporate reputation if it is less powerful than a star-power CEO or a pile of cash?

I can’t answer my own questions. But I think we need to pay more attention to all these troubling exceptions to the Rule of Reputational Valence – these disconcerting cases where character and conduct seem utterly disconnected from public acceptance and corporate success — if we want to verify that, at the end of the day, reputation does still matter.

Diana B Henriques is an award-winning financial journalist and the author of A First-Class Catastrophe: The Road to Black Monday, the Worst Day in Wall Street History, released in September 2017. She is also the author of The Wizard of Lies: Bernie Madoff and the Death of Trust, a New York Times bestseller, and three other books on business history. Diana is a Visiting Fellow at the University of Oxford. 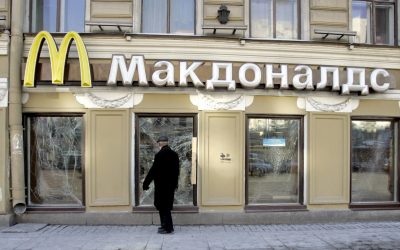 Kish Parella, Class of 1960 Professor of Ethics and Law, Washington and Lee University School of Law In the wake of the Russian invasion of Ukraine, media outlets and other organisations identified, aggregated and publicised company responses to the invasion.  They... 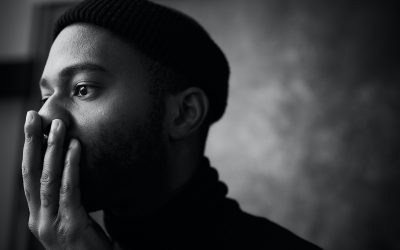 Corporate scandals are ubiquitous. By scandals I do not mean predictable negative events, such as product recalls or technical errors, I mean wrongdoing committed in or by the company that receives high levels of negative publicity and can significantly disrupt the...