Corporate scandals are ubiquitous. By scandals I do not mean predictable negative events, such as product recalls or technical errors, I mean wrongdoing committed in or by the company that receives high levels of negative publicity and can significantly disrupt the firm’s operations. When you find your company in such a situation, the internal decision making environment shifts drastically from following prescribed protocols and using established communication channels to high-speed war-room like series of frantic choices, that are frequently doomed to be regretted. Recall the infamous statement by the BP CEO Tony Hayward about wanting his life back when the oil spill in the Gulf of Mexico was causing irreversible damage to the environment and wildlife, ridding people of their livelihoods and, for some, their lives. Or United Airlines’ CEO Oscar Munoz’s letter stating that the employees followed procedure by re-allocating a belligerent customer, while the rest of the world was shocked by the social media posts of a bleeding doctor being dragged down the aisle on a United flight. Such disconnect between executives’ view of the scandalous situation and the way the firm stakeholders see it has cost companies huge financial losses and has cost executives their reputations and careers. So, what can you do to prepare your company for a scandal?

Spoiler alert, since strategic management is a social science, I cannot offer you an error-proof toolkit to tackle this question. Instead, I can provide some recommendations, rooted in my own research and that of my co-authors and colleagues across the globe. Here are the three main points:

Scandals are usually the penultimate manifestation of the firm’s internal workings gone amok. The very definition of a scandal implies not an exogenous event outside of a firm’s control, but an intentional wrongdoing committed by the firm’s employees and/or executives and tolerated for a period of time. It is, therefore, useful for boards and executives to revisit once in a while a firm’s mission statement in order to crystallize the long-term purpose of the firm and the values by which that purpose will be achieved. It is not only important to clearly state the mission and values of the company, but to make sure that if those values are compromised, the company is not going to ignore it, leave alone cover it up. If the articulation of values is not a symbolic management exercise, but a quest of a true moral compass of the firm, reporting violations should be easy. Hotlines for whistleblowers or other avenues to raise red flags should not be a fear-inducing task for the employees. This may sound naïve, but I strongly believe that values exhibited by the leadership will inevitably trickle down to the rest of the company’s operations. And if those values are aggressive growth at all costs, then a firm can end up in a situation like Wells Fargo, where employees under constant pressure for growth started opening fake accounts on behalf of the bank’s clients. So, upholding firm values in strategies and day-to-day operations as well as staying alert to the incidents when those values are violated is the first step in managing a scandal-free organization.

With some degree of variance, most companies are now realizing that the responsibility of the firm is no longer to create value for its shareholders within the boundaries of the law, but to run a responsible business that takes into account the interests of all stakeholders the company affects, including its employees, contract laborers, NGOs, the environment, and the public at large. Monitoring a firm’s broader environment places a different filter on the decisions made by its executives and boards. Such broader outlook at the so-called “non-market” forces will necessitate asking how firm strategies would affect various stakeholders. For instance, if you run an oil and gas company, when making a decision to start drilling at a new site you can no longer solely focus on the legal and regulatory aspects of the issue and its effect on the company’s bottom-line. You have to take into consideration the environmental groups, NGOs, and other activists who will put you in a negative spotlight and involve you in a scandal. Such was the case with Greenpeace campaigns against Shell’s attempts to begin drilling in the Arctic. Keeping a pulse on various stakeholder perceptions can prepare companies for better managing a scandal. And, I must add, if decisions are made with the considerations of a firm’s broader environment, scandals could be prevented and the financial prosperity should follow.

The challenging part in all of this is managing the mismatches between internal firm values and the developments in the broader external environment. This is challenging because various stakeholder groups may have conflicting demands of the firm (e.g., investors vs. environmental groups, employees vs. customers) and even within one group of stakeholders there may be conflicting opinions on what is the right decision. A good illustration of the latter is firms’ stance on same-sex marriage. In my courses, I frequently use the Chick-fil-A example and the company COO Dan Cathy’s public statement that upheld the Biblical definition of marriage as a union between a man and a woman. The statement was aligned with the company’s internal values, but evoked polarizing reactions from its customers resulting in boycotts from some and buycotts from others. This example illustrates that firm decisions are unlikely to garner universal approval, yet being aware of stakeholder sentiment is vital. If you publicize one set of values to the external stakeholders, but force employees to abide by others, you are setting your company up for a scandal.

The Quest that Lies Ahead

If you agree that scandals are detrimental for organizations and the society, and I think the evidence points to an overwhelming “yes”, then we need to tackle the following questions:

Anastasiya Zavyalova is an Associate Professor of Strategic Management at the Jesse H. Jones Graduate School of Business, Rice University 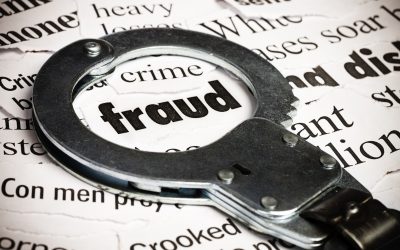 In my half-century career as a financial investigative journalist, I thought at least this much was true: You need a really good reputation to run a successful fraud. How could anyone argue with that? Except for the hapless clients of underworld loan sharks and their...